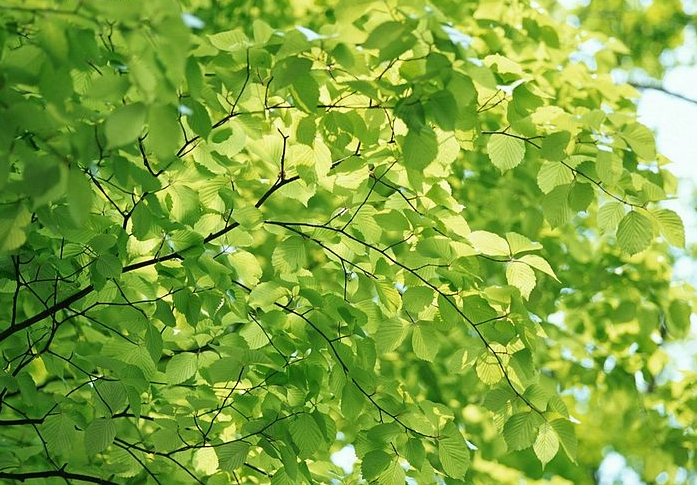 “Hi” said the chartreuse caterpillar to the teal caterpillar as she step-step-stepped onto the stem of the leaf he was eating.

“Hi,” he said, swallowing his too-big bite and taking another.

“No,” said the chartreuse caterpillar. “I was just looking for someone to tell me what to do.”

“Tell you what to do? That’s weird. Don’t you know? Just eat!” he said. He bit off a chunk of leaf and dropped it in front of her, nudging it toward her with his head.

“Well, first of all,” he said. “That is false. We don’t only eat. We also dodge the beaks of feathered monsters. Some of us better than others, I might add. Viridian over there — he escaped two big black and white ones just today. He was amazing. Dude’s a total hero,” he said. Chomp, chomp, chomp.

She looked at Viridian, who seemed to her no different than any of the other caterpillars on the tree. He was eating too.

“So, uh, have you met anyone who is older than we are?” she asked. “Someone who can teach us about… stuff?”

“Older?” he laughed. “There’s nobody older. And there’s nothing to learn. Look. Chartreuse. This is life. This is what we do. Stop worrying so much. Just be a good little caterpillar and eat, like the rest of us, before there are no more leaves left for you.”

Chartreuse watched him for a moment longer and then, sullenly, moved on to the next leaf and took a bite. Then she took another. She contemplated what Teal had said, but couldn’t help but feel that there was more, that, somehow, things were about to change. But what did that mean? She chewed and chewed and thought and thought, all the while watching the hungry caterpillars all around her move from leaf to leaf.

Days passed. Chartreuse and the others grew fatter and longer. Their skins grew tight and dry. Chartreuse somehow knew that she needed to slough off her old skin to be free in her new skin underneath, so she found a rough twig and rubbed up against it. Hooking a bit of her old skin on some bark and sliding right out of it, revealing her lovely shiny new body, she thought to herself, “I wonder if this is what I was sensing.” But no. As more days passed, and she shed away skin after skin, she knew that this was not, in fact, the change that she felt was coming. It just wasn’t big enough.

Every day, Chartreuse tried again. “Do you feel a change coming?” she would ask this caterpillar and that.

“Just eat,” all would respond. “There is nothing more. There is no change. We have all that we need so why keep asking questions? Just eat!”

One day a kelly green caterpillar came up to her. After she looked around to make sure no one else was listening, she said quietly: “I feel it too.”

Chartreuse was surprised. “You feel… what exactly?”

“I feel… that a change is coming,” she whispered, her eyes wide. “It’s big. I think. And I know you think so too.”

“Do you know what it is?” Chartreuse asked cautiously.

Kelly considered for a moment and then answered, “I… I think… we are all going to DIE!”

Chartreuse looked at the kelly green caterpillar. She said nothing.

“I do,” said Kelly, letting her voice grow loud and frantic.  “There are no older caterpillars. You’ve said so yourself. There are no moms and no dads. No teachers. I think that the big feathered monsters will capture us all and spear us with their beaks and swallow us whole! It is the only answer. We’re all going to DIE!”

A lime green caterpillar on the leaf next to them  overheard. He leaned in to listen, and then suddenly, he stretched up tall on his hind legs and as loud as he could, he yelled: “We are all going to DIE! The feathered monsters are going to spear us and swallow us whole. It is the only answer!”

A few caterpillars shrieked. A few fretted and looked to the sky. A few laughed. Most just went on with their chewing.

Chartreuse simply shook her head. She brushed up reassuringly against Kelly, turned and nodded to Lime in farewell, and then headed off. She was leaving the big tree. It was time for her to move away from all of the other caterpillars, and their incessant chomping.

Chartreuse walked and walked until she found a hearty sunflower growing beside a creek. It’s stalk was sturdy and tall and it’s leaves were broad. The view from up there would be impeccable. She climbed. 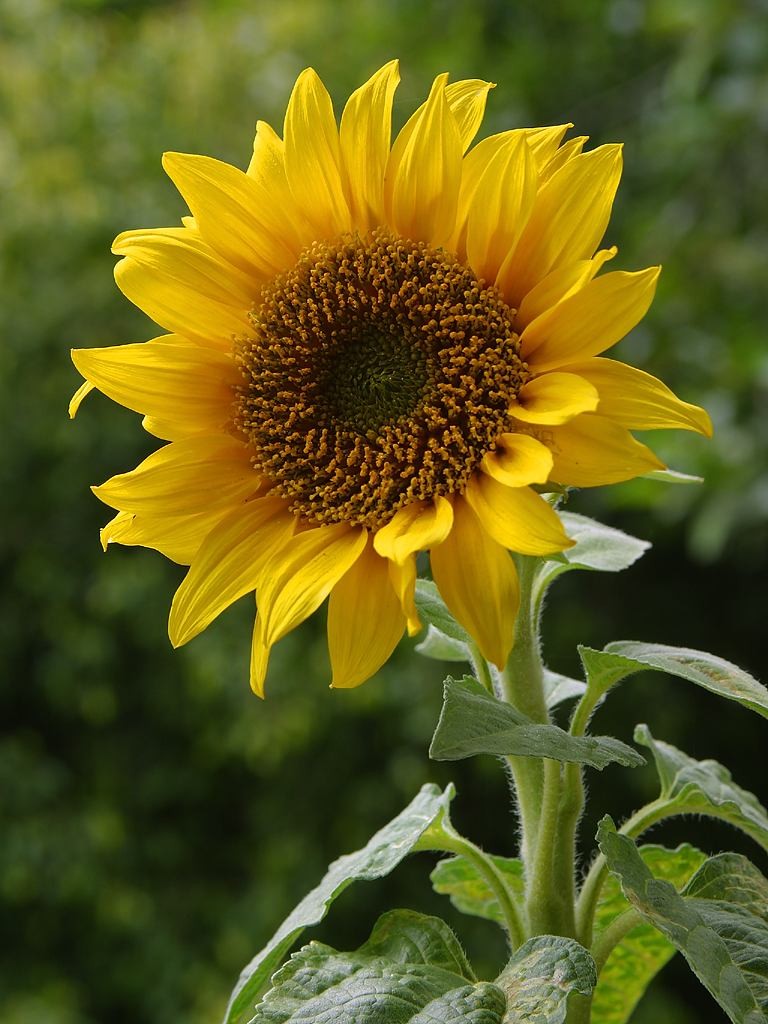 She did not know the answers, she thought, but she knew without a doubt that she was on to something. This quiet flower by the creek, away from the others, would be a good place to think.

On the highest leaf, under the backlit golden flower, Chartreuse felt the urge to build her home. Somehow she knew that she had the power to create silk, and that this silk would be comfortable and safe, a little haven in which to hide, in which to philosophize. She was surprised at her handiwork. She admired it. “I wonder if this strange new talent is the change I was sensing,” she thought. “I didn’t know I could make something so perfect in which to hide. Maybe this is what I didn’t know!” And loving her new-found talent, and appreciating her new-made home, she snuggled in and fell asleep.

Chartreuse dreamed. She dreamed of soaring above the world below with colorful wings, as light as air. She dreamed of alighting on flowers, just like her sunflower, and dancing in their golden dust. She dreamed of slowly, slowly opening and closing her wings in the sunlight. Then she woke. “Oh, what a beautiful dream,” she thought. And she fell asleep again.

Once, she woke all achey and sore, wishing she could stretch out, but she was too… tired… to… try. She fell asleep again.

Once, she woke all alone in the vicious dark, the wind whipping the flower to and fro in ground gusts, with rain falling hard against the leaves and into the rushing creek nearby. Frightened, she shut her eyes tight and hugged herself back to sleep.

Days passed. So many, it seemed, and Chartreuse woke to see the sunlight seeping in through her silken home. “This is it,” she thought to herself. “I feel it. I am certain now. This is the change that I have been waiting for. Something is different.” She did not budge though. In fact, she curled herself up tight and hummed gently to herself in the golden grey of her cocoon, thinking. It was time for her to do something, but she did not know what.

She thought of her life before she left the other caterpillars. She was unhappy there, but it was all she had known. She did not want to go back. Things were different now. So what would it be like outside? Somehow it was terrifying. What was out there now? What if she could not make new friends? What if she could not find food? What if she failed miserably at being a caterpillar in the new world? What if great feathered monsters grabbed her and pecked her up and swallowed her whole?

Chartreuse cried. She was scared to leave her safe place, but she felt called to. And besides, she was hungry.

“I can do this!” she said determinedly. And when she heard the conviction in her own voice, she knew it was true.

The little caterpillar took a deep breath in and with a burst of strength unlike any she’d ever known before, she stretched her body out as big as it would go. When she moved, she felt powerful and brave. As she expanded her little frame with life, her silken home cracked open. The light streamed in all around and warmed her, and she slowly crawled up and out of her cocoon and onto the stem of the sunflower.

“Ahhhh” she sighed as she took in the beautiful world around her. “That’s strange. It all looks the same.” She turned this way and that, noticing the grass and the creek and other flowers all around. “But something feels different.”

Just then a breeze moved the flower and Chartreuse lost her balance in the sway. She leapt from the stem as lightly as if she was air herself and hovered there above the ground as she spread her wings… her wings!… to lift herself higher, to soar above the ground, to dance on the wind!

“Oh!” she cried out loud to the world all around her. “Now I understand everything!”

She thought about the other caterpillars on the tree, and smiled, knowing that they too would understand when the time was right for them. She fluttered for a moment around her flower and her silk home, thanking them silently for their help in her change. Then, with spritely grace, like a wish come true, she flew off into the daylight.

I’ve been thinking a lot about the me of 20 years ago — about who I was then, and, sure, about how the me of now has developed from her. I do believe that the me of now is far wiser than the me of then. But I’m also, somehow, less vivid. There’s beauty in youth — in the passionate expression of self and beliefs that comes so easy when you’re young. Just as there’s beauty in the wisdom that comes from successfully navigating life up to now. Who is to say, though, that when one is older, one must relegate the gold and laurels of youth to a dusty trunk in the back corner of one’s heart? Behind scar tissue perhaps. Or just wrinkles. I want to honor the me of then AND the me of now. Because really, if I don’t choose to be the best of what I ever have been, how can actualize my honest belief that my best is yet to come?

So I sat down and wrote my own personal creed. (Yeah, I fully get that calling this a creed is a throw-back and nod to my Catholic childhood, and I’m rolling with it. This is all about honoring myself through the metaphorical ages, after all.) These are my own beliefs, based on what I have learned. They are my own words to live by and my own reminders that passion and wisdom are both combinable and ageless. You might feel a twinge of recognition when you read them. Maybe you’ll nod or sigh or even quote them to a friend. My hope, though, is that maybe they will inspire you to write your own.